Today I’d like to take a moment to recognize one of the heroes.  This particular person went above and beyond their regular job (which was already a noble undertaking), and took action to right a wrong and to help a child in need.  Today I’d like to thank a true hero, Dawn Scott of the Georgia CASA program.

If you’re not aware of how the CASA program works, it is one of the few things that the judicial system has actually done right.  CASA stands for Court Appointed Special Advocate.  CASAs are volunteers, often with backgrounds in child development, that are appointed by judges to advocate for children in foster care.  Unlike GALs (guardian ad litems), CASAs are not lawyers, and they are not paid, so they are not influenced by the legal system or by money.  Their only allegiance is to the child they are appointed to.  And they usually work only one or two cases at a time, so they are not overburdened like social workers.  While their reports hold no official legal weight, judges often listen to what they say and follow their recommendations.  They are true warriors for children, and heroes in my book.

When my daughter was removed from my ex-wife’s custody by Georgia DFCS, she was assigned the standard DFCS case worker and a GAL to oversee her case.  She was also blessed in a big way to be assigned Dawn Scott as her CASA.  Dawn is a genuinely kind and attentive person, and spent a lot of time with Haley listening to her needs and advocating for her interests, like CASAs are assigned to do.  But Dawn also went above and beyond her regular duties.

When Haley was placed in DFCS custody, my ex-wife told everyone stories about her abusive husband in Florida.  The responding police officer, the DFCS case workers, the GAL, the court officials, and even the Victim Advocate at Family Menders – everyone she spoke to – either bought the story at face value, or didn’t care enough to get involved.  Except for Dawn Scott.  Whether Dawn listened to Haley talk about her father, or simply suspected something fishy in Jennifer’s stories, I’ll never know.  But she decided to dig deeper.  She began to search for information about Haley’s father online.  I don’t imagine it was hard to find.  My Facebook profile is open with pictures of my children, as well as Google +, Wikipedia, and any sites I could find to put my name out there, carefully crafted to make it easy for my children to find me and see fond memories of the relationship we had.

Dawn found me immediately, and she alerted the court about what she found.  Near the beginning of December 2015, I received paperwork from the Catoosa County Court petitioning for custody of Haley.  Of course I had no idea what had happened, and the frantic phone calls and emails began.  It took me several weeks to finally get in touch with all the right people, and no one wanted to cooperate with me.  It took me another month to learn about Dawn, and when I finally emailed her about the situation, she responded immediately.  Dawn was able to meet with me before my first meeting with Haley, and she gave me valuable advice on how to reconnect with the daughter I had not seen in three years.

Were it not for Dawn Scott’s efforts going above and beyond her already admirable work as a CASA, the Georgia court system may have never contacted me about Haley’s situation.  The time it would have taken me to find out on my own is anyone’s guess.   Because of Dawn I was able to begin the journey to win back custody of my daughter and reestablish the relationship that had been stolen from us.  Thank you, Dawn Scott.  You are unquestionably a true hero.

More information about the CASA program can be found here: CASA for Children 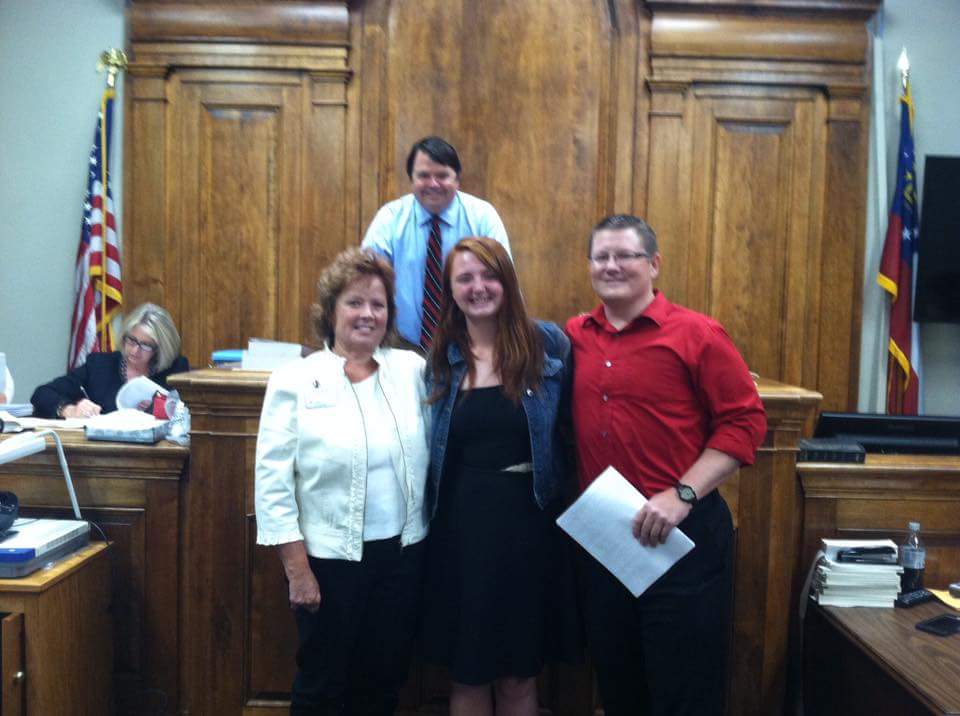 I have finally been reunited with my daughter Haley!  I had been waiting for this day for nearly four years.  I was so nervous to see her, because it had been so long, and I knew that she had been told terrible things about me the entire time.  I was worried that she would blame me for the separation, and all the things she had to go through during it.  Turns out I needn’t have worried!  As soon as she saw me, she ran up and threw her arms around me, sobbing.  I admit I cried a little too.  It is so good to have my little girl back!  Even if she’s not so little anymore.